This weekend we got adopted by a dog. 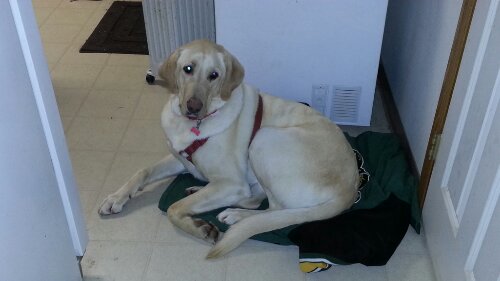 When we met him at the shelter, he kept going back to Ian. He liked everybody, but Ian was clearly his favorite, and he got along with Emerson too, which is obviously essential. 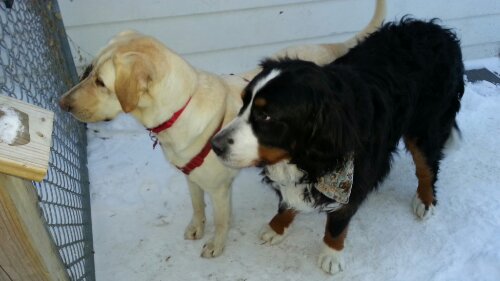 At the shelter they were calling him Dustin, but no one there really thought it suited him. 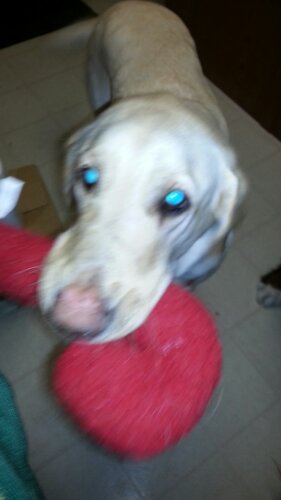 We have a tradition that all of our dogs need to be named after streets in Minneapolis/St Paul, so obviously Dustin wasn’t going to work anyway. 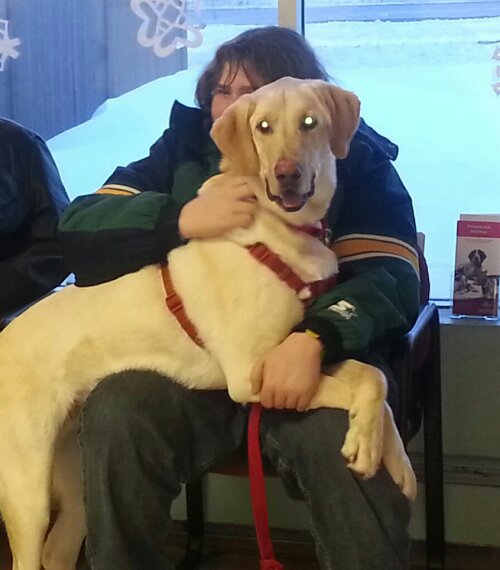 Ian opened the Twin Cities atlas to a random index page – W. Then he saw the name. It made perfect sense; we already have Emerson, so why not another writer? And that’s how his name became Wordsworth.

He really loves to run through our snowy backyard. He doesn’t even care that it’s chest-deep in some places.

(If the video above doesn’t work for you, click this link to go directly to the video on YouTube)

He was home with us for less than a day when something truly miraculous happened. He got Emerson to play. I cannot remember the last time Emerson played with another dog. It was only for a minute, but I can’t even tell you how much joy I felt upon seeing it. Emerson played with Wordsworth like he used to play with Selby. When it happened again later, I was ready with the camera. This is a game I call “Who’s the Boss?”

(If the video above doesn’t work for you, click this link to go directly to the video on YouTube)

So far Wordsworth is winning, I think. I am so glad this boy found us.

Mama says you can click here for our RSS feed. We don’t really know what that is, but anything with the word FEED in it must be a good thing.

View stories by category (hey that sort of rhymes!)

Our most recent posts

Want to find a story but can’t remember what it was called, except that it might have had something to do with “water” or maybe it was “blanket” or something? Use this box to search: